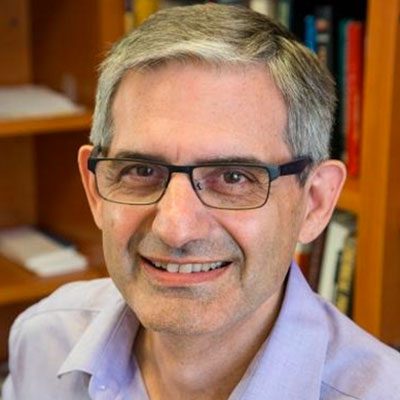 MEMBRANE PROTEIN FOLDING: Protein folding is a fundamental process of life with important implications throughout biology. Elaborate mechanisms exist to regulate and assist folding. Moreover, tens of thousands of mutations have now been associated with diseases and it is thought that most of these mutations affect protein folding and trafficking rather than function. Consequently, there has been an enormous effort over the years to understand how proteins fold. Essentially all of the effort has been directed at soluble proteins, however, and membrane proteins have been largely shunted aside. The lack of effort has not occurred because membrane proteins are unimportant or uninteresting, but because of the great technical challenges they present. It is a challenge that we must overcome if we ever hope to understand membrane biology and disease mechanisms involving a large fraction of the protein universe. We are working to understand folding mechanisms and to develop techniques to study folding and expand the field.

SYNTHETIC BIOCHEMISTRY FOR GREEN PRODUCTION OF CHEMICALS AND BIOFUELS: Considerable effort is currently directed at engineering micro-organisms to produce useful chemicals. The greatest potential environmental benefit of metabolic engineering would be the production of high volume commodity chemicals, such as biofuels. Yet the high yields required for the economic viability of low-value chemicals are particularly hard to achieve in microbes due to the myriad competing biochemical pathways. We are developing an alternative approach, which we call synthetic biochemistry. Synthetic biochemistry throws away the cells and builds biochemical pathways in reaction vessels using complex mixtures of isolated enzymes. As the only pathway in the vessel is the desired transformation, yields can approach 100%. The challenge for synthetic biochemistry is to replace the complex regulatory systems that exist in cells in a simplified form. We are designing and testing various ideas for building highly robust systems that can operate continuously for long periods of time.

Bowie got hooked on proteins at an early age and never looked back. The obsession began as a high school student when he did a research project on blood clotting enzymes with Kenneth G. Mann at the Mayo Clinic in his hometown of Rochester, MN. The research project won him a trip to the International Science and Engineering fair and a Westinghouse Award, experiences that further stimulated his interest in science. He went on to Carleton College, where he got a B. A. degree in Chemistry with Distinction. He did research in carbohydrate chemistry with Gary R. Gray at the University of Minnesota before entering graduate school at M.I.T. There he returned to proteins in the laboratory of Robert T. Sauer, using experimental and computational methods to probe and predict protein structure. After completing his Ph.D. work, he did postdoctoral work as a Life Sciences Research Foundation fellow with David Eisenberg at UCLA, continuing work on structure prediction and structure determination by x-ray crystallography. He joined the UCLA faculty in 1993 and is now a full professor. His current research focuses on fundamental and practical aspects of membrane protein folding and cell-free methods for the production of commodity chemicals and biofuels. Bowie has served as President of the Protein Society, on NIH study sections, and on the editorial boards of the Journal of Molecular Biology, Protein Science, Biochemistry and Proteins. He has organized many meetings and co-founded a new Gordon Conference on Membrane Protein Folding. Bowie has been recognized as an NSF National Young Investigator, a Pew Scholar, a Leukemia and Lymphoma Society Scholar, a Dreyfus Foundation Mentor, a Fellow of the AAAS, the King’s College Higgs Lecturer, a McCoy Awardee and the Biophysical Society Anatrace Awardee. He is particularly proud to be given the UCLA Postdoctoral Mentoring award based on nominations by his students.