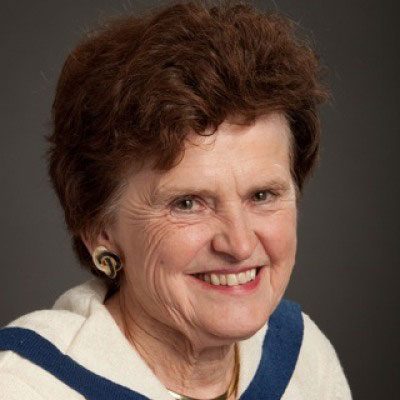 In 1982 our laboratory developed the methods for expressing antibody genes in lymphoid cells. This technology both enabled us to identify lymphoid specific controlling elements(enhancers) and to produce genetically engineered antibodies in the appropriate cellular environment. We have exploited this approach for a systematic analysis of the structure/function relationships within the Ab molecule including an analysis of the role of carbohydrate in antibody function. We have also gone on to make antibody fusion proteins with unique functional properties and targeting potential. Specific problems being addressed by the laboratory include: Role of carbohydrate in antibody function: All antibodies are glycoproteins and an unanswered question is the role of carbohydrate in antibody function. The carbohydrate in CH2 essential for the biological activity of IgG is always biantennary and as a consequence of the complexity of carbohydrate biosynthesis, heterogeneity in structure is normally observed. A considerable body of evidence shows that changes in carbohydrate structure result in changes in antibody structure and function and can contribute to some disease.. It is therefore of interest to obtain quantities of Abs with altered carbohydrate structure to analyze the influence of these sugars on antibody function. To do this we are using Chinese hamster ovary cells with defined mutations in glycosyltransferase activity to produce antibodies. IgA, the important isotype in providing specific protection at the mucosal surface, is highly glycosylated and we are investigating the role of carbohydrate in determining the properties of IgA We are also using site-directed-mutagenesis and domain exchange to determine the structural correlates of IgA function. We have developed a cell which expresses IgA with attached secretory component (SC) and we plan to exploit this system to produce antibodies which will be effective in providing passive protection at the mucosal surface . Although a significant percentage of antibodies contain variable region carbohydrate, the function of that carbohydrate remains unclear. We have produced a family of antibodies of the same specificity with carbohydrate at different positions in their variable region. The functional properties of the resulting Abs including their in vivo half-life, reactivity with rheumatoid factors (RFs) and affinity for antigen (Ag) are being determined. Site-directed mutations is being used to ascertain which variable region sequences can be glycosylated. Recent studies have shown that glycosylation of some variable regions results in retention in the endoplasmic reticulum. Antibodies and protection against infectious disease: A critical issue of course is whether the molecules that we develop are in fact effective in relevant models of disease. In particular, antibodies are often considered for use as therapeutic agents against infectious disease. We will now focus our attention on the effectiveness of recombinant antibodies with different functional properties specific for cryptococcus. This is an especially important and relevant system since a murine anti-cryptococcus mAb is expected to soon be approved by the FDA for Phase I trials. If the initial trials prove promising, our experiments will identify the best candidates for the second generation antibody. Antibody fusion proteins for the treatment of malignancy: Despite considerable advancement in anti-cancer therapy, minimal residual disease remains a major problem in the clinical management of cancer. The rational design of new treatment modalities must emphasize agents which can overcome tumor resistance, are selective for tumor cells and address the systemic nature of the diseases. Over the last several years the work in our laboratory has focused on producing genetically engineered antibodies fusion proteins as therapeutic agents specifically attempting to augment and potentiate the host defense systems against cancer. We have combined the immunostimulatory cytokines IL-2, IL-12. GM-CSF and IFN-a. with the targeting specificity and ease of deliv ery of antibodies specific for the tumor associated antigens HER2/neu and CEA. We anticipate that although the tumor expression of HER2/neu or CEA may be heterogeneous, targeting via HER2/neu or CEA antibody-cytokine fusion proteins will activate T cells with specificity against other unidentified antigens, resultin g in destruction of both HER2/neu or CEA positive and nonexpressing cells. We also expect that non-specific cellular immune response such as NK activation may c ontribute to the elimination of targeted tumor cells. By simultaneously targeting more than one cytokine we expect to see synergy in immune activation; we will achieve this by combining more that one cytokine in a single fusion protein and by simultaneously targeting either different epitopes on the same tumor antigen or different tumor antigens expressed on the tumor. We will test the effectiveness of the fusion proteins in established murine tumor models engineered to express HER2/neu or CEA. Fusion proteins as delivery vehicles to novel sites. Over the past several years we have attempted to utilize antibody fusion proteins to deliver agents to sites which are otherwise poorly accessible. In particular, we have attempted to use the growth factor receptors on the blood-brain-barrier to access the brain. We have shown that both fusion proteins contain growth factors such as transfer rin and antibody to growth factor receptors gain access to the brain. We have r ecently developed an anti-transferrin receptor-avidin fusion protein which shows great potential as a brain delivery vehicle. Experiments are in progress to develop other delivery vehicles with special emphasis on delivering enzymes which will convert a non-toxic prodrug into a toxic agent. Vehicles can also be developed to deliver cytotoxic agents to malignant cells that are not in the brain. In particular we plan to target tumor cells expressing on their surface the Interleukin-2 or transferrin receptor using antibody fusi on proteins that either have the ligand (e.g. IL-2 or transferrin(Tf)) covalently associated or have a variable region that recognizes the receptor (e.g. anti-TfR). To these targeting vehicles we will attach a therapeutic agent by a strong, but noncovalent interaction. The antibody fusion proteins containing IL-2 or Tf will be specific for the hapten dansyl and will be used for the delivery of dansylated agents. The anti-TfR antibody will be covalently fused to avidin and will be used for the delivery of biotinylated agents

Genetic engineering and gene transfection of antibodies In 1982 the Morrison laboratory developed the methods for expressing antibody genes in lymphoid cells. This technology made it possible to identify lymphoid specific controlling elements(enhancers) and to produce genetically engineered antibodies in the appropriate cellular environment. This approach made possible a systematic analysis of the structure/function relationships within the Ab molecule including an analysis of the role of carbohydrate in antibody function. It also made it possible to make novel antibodies and antibody based therapeutics.