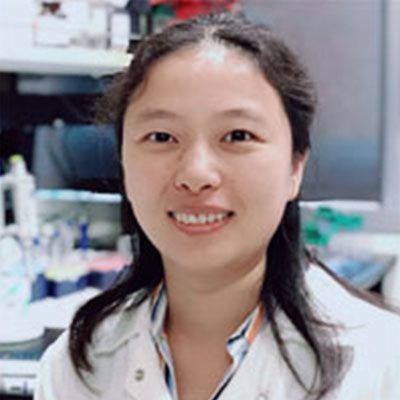 Many studies have demonstrated that muscle plays a very important role during exercise, as the benefits of exercise are thought to result from improve tissue metabolism in a cell-autonomous and tissue-autonomous fashion with tissue crosstalk. However, there a paucity of research on other tissue involvement during exercise. As fat and muscle are two of the most abundant organs in the body, Dr. Kong’s research investigates the crosstalk between muscle and fat. Does fat tissue secrete any adipokines to regulate muscle? Do metabolites build up a bridge to link the two? Are there any other tissues involved in this metabolic activity, such as the liver, brain, or other tissues? Dr. Kong’s exciting lab research is focusing on uncovering the molecular mechanisms of exercise-induced health benefits.

Dr. Xinxing Kong is an Assistant Professor of Pediatrics at the David Geffen School of Medicine at UCLA. After completing her PhD from Peking Union Medical College, the top medical school in China, she completed a postdoctoral fellowship at Beth Israel Deaconess Medical Center and Harvard Medical School. Her research is focused on the transcriptional pathways that underlie metabolic diseases such as obesity and type 2 diabetes, with a specific investigation of the role of IRF4 in thermogenesis.