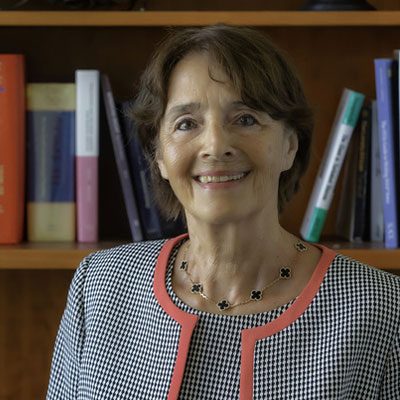 A better understanding of the brain-gut axis is of primary importance in the context of the bidirectional cross talk occurring through the autonomic nervous system and circulating hormones. There is a growing recognition that such interactions regulate digestive function, gut inflammation, and feeding behavior and can lead to the development and modulation of some gut pathophysiology. Our focus has been to delineate the signaling molecules in the brain that influence parasympathetic activity regulating gastric and colonic secretory motor function. We also assess the signaling to the brain occurring through capsaicin sensitive afferents activated by gut hormones and visceral pain. In particular, we investigate the brain and peripheral chemical coding involved under physiological conditions related to the cephalic phase and stress, and taking place in disease models of gastric erosions, postoperative ileus, irritable bowel syndrome

Dr. Taché is a recognized leading expert in brain-gut interactions and the role of peptides in the underlying mechanisms of stress-related gut dysfunction and central vagal regulation of gut functon. She and her research team reported some of the pioneer work on the central actions of peptides to influence digestive function and feeding behavior. Her laboratory provided the preclinical ground work showing potential benefit of blocking corticotropin releasing signaling pathways in experimental models of irritable bowel syndrome and postoperative ileus. Building on her initial work on the peptidergic regulation of vagal activity to the gut, she is investigating with Dr. P-Q Yuan their role in the modulation of the cholinergic anti-inflammatory reflex in the context of post operative ileus. In collaboration with Dr. Lixin Wang, they demonstrated the role of ghrelin agonists to alleviate gut motor dysfunction in models of Parkinson Disease. She is directing a consortium NIH SPARC grant on the structural and functional mapping of mammalian colonic nervous system.

Dr. Taché joined the Digestive Disease Division in 1982 and was appointed Professor-in-Residence in 1987 and Distinguished Professor since 2009. Professor Taché developed this field of research through continued competitive grants obtained from the National Institute of Health (NIH) since 1982 as well as Veteran Administration (VA) Merit Award since 2000. She was director of the Animal Core within the NIHDDK Digestive Diseases Center up to 2020 and a co-director of the UCLA G. Oppenheimer Center for Neurobiology of Stress and Resilience (CNSR). She published 387 peer-reviewed articles, 180 reviews, 19 editorials and edited several books. Professor Taché has been the recipients of NIHDDK MERIT Award, the Distinguished Research Award in Gastrointestinal Physiology from the American Physiological Society, the Janssen Award for Basic Research in Gastrointestinal Motility, the Senior Investigator–Basic Science Award from the International Foundation for Functional Gastrointestinal Disorders, the Research Scientist Award from the Functional Brain-Gut Research Group, the Outstanding American Gastroenterology Association (AGA) Women in Sciences, the Research Mentor Award from the AGA Institute Council  and Distinguished Scientist Award for Women in Neurogastroenterology  from the American Neurogastroenterology & Motility Society), and the Senior Research Career Scientist Award and Middleton Award from the Veteran Administration and the Legion of Honor from the French Government. She served on NIH and VA grant application review panels and editorial boards of many peptides, integrative physiology, gastroenterology and stress-related journals and was an associated editor of Plos One.