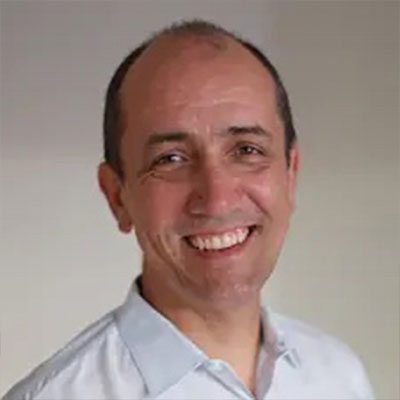 The Silva laboratory is studying how we learn and remember, as well as how to treat learning and memory disorders, including intellectual disabilities, and age-related cognitive decline. The Silva laboratory is also leveraging mechanisms that enhance memory in efforts to accelerate recovery after brain injury such as stroke. Their fundamental studies of learning and memory have led them to the discovery of memory allocation, the finding that the brain has mechanisms that direct the storage of specific memories to specific cells in a given brain network.

Alcino Silva got his Bachelor of Science from Rutgers University in 1979. There, he worked with William Sofer on Drosophila tRNA non-sense suppressors and minored on philosophy (epistemology). In 1983 he joined the graduate program of human genetics at the University of Utah, where he worked with Ray White, a pioneer in Human Genetics, on the inheritance of epigenetic information (Silva et al, 1988; Cell PMID: 2898978). During his post-doctoral work at the Massachusetts Institute of Technology with Nobel Laureate Dr. Susumu Tonegawa (1988-92), Dr. Alcino J. Silva introduced transgenic mice to neuroscience studies of learning and memory and pioneered the field of Molecular and Cellular Cognition (Silva et al, Science 1992, PMIDs 1321493 &1378648). His first independent position (1992) was with the Cold Spring Harbor Laboratory, NY, where his research group had a key role in the development of Molecular and Cellular Cognition into a mainstream neuroscience field. In 2002 Dr. Silva founded and became the first President of the Molecular and Cellular Cognition Society, an international organization with more than 7000 members and with branches in North America, Asia and Europe. Besides work on molecular, cellular and circuit approaches to cognition, his laboratory also develops bioinformatics strategies to address the growing complexity of the literature, including the development of a set of algorithms and a free web app (researchmaps.org) to track causal information in biology. In 2006/2007 Dr. Silva served as Scientific Director of the Intramural Program of the National Institute of Mental Health. He is currently a Distinguished Professor in the Departments of Neurobiology, Psychiatry & Biobehavioral Sciences, and Psychology, and directs the Integrative Center for Learning and Memory. He has been awarded a number of prizes and distinctions, including most recently the Order of Prince Henry (2008), the Senior Roche Award For Translational Neuroscience (2009), and in 2012 he was elected a Fellow of the American Association for the Advancement Science.