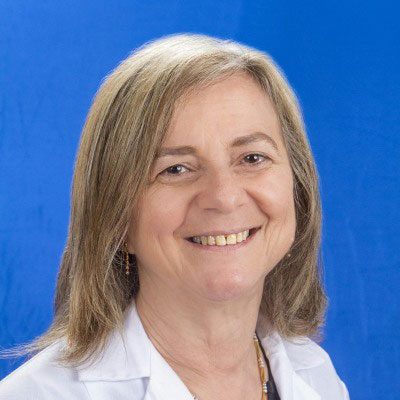 My research program is concerned with the neuronal circuits that control gastrointestinal motility and the mechanisms that govern receptor-mediated responses in the enteric nervous system, the brain in the gut, and with chemosensing in the gastrointestinal tract. Currently, the main lines of my research include: (1) trafficking and signaling of G protein-coupled receptors induced by physiological and pathophysiological events with an emphasis on µ opioid receptor, the target of opioid analgesics used for pain control, which mediates opioid bowel syndrome and tolerance, and (2) role of taste signaling molecules in the regulation of gastrointestinal functions and feeding behavior. My group was the first to demonstrate that opioids differing in their ability to induce tolerance also differ in their efficiency to induce µOR trafficking, a process that regulates receptor signaling and function. The findings of ligand-selective and stimulation-dependent µOR internalization in enteric neurons are of importance for understanding the mechanisms underlying intracellular adaptations induced by prolonged activation of µORs, which hamper the use of opioids as analgesics. Furthermore, we have shown that µOR activation exerts a protective effect on acute intestinal inflammation through cytokine and NF-KB modulation. Another focus of my research is on the role of taste signaling molecules as chemosensory receptors in the gut mucosa, which are likely to modulate gut function and food intake through the release of signaling molecules by enteroendocrine cells, with emphasis on bitter taste receptors, a putative side of defense from potentially toxic substances, drugs and pathogens. The recent discovery that taste receptors for sweet and bitter are expressed throughout the body and not only in the tongue has given rise to the concept of a broader role for these receptors beyond taste. My lab has shown that taste signaling molecules are expressed by distinct populations of mucosal cells, including enteroendocrine cells, which synthesize peptides affecting motility, secretion, satiety and hunger, and that bitter taste receptors are regulated by feeding and different diets, suggesting they participate in the functional detection of intraluminal content and they serve as regulators of diet-induced responses by detecting changing in the microbiota.

Dr. Sternini’s research program is focused on 1) chemosensing in the gastrointestinal tract with emphasis on the functional role of gut bitter taste receptors in conditions of obesity and gut microbial imbalance and 2) neurochemical and functional properties of the enteric nervous system, with an emphasis on trafficking and signaling of G protein coupled receptors (GPCRs). Chemosensing in the gastrointestinal tract: Dr. Sternini’s laboratory has focused on the receptors for the bitter taste, which has evolved as a warning signal against threats, and has shown that distinct subpopulations of bitter taste receptors are expressed by enteroendocrine cells, which serve as transducers detecting luminal factors and releasing an array of peptides regulating gastrointestinal functions, caloric intake, metabolism and mucosal defense, and are upregulated in obesity in a microbiota-dependent manner. Furthermore, studies using an in vitro system with enteroendocrine cell lines have shown that bacteria products induce increase in intracellular calcium and gut peptide release through the activation of a G protein couple receptor-mediated signaling cascade associated with bitter transduction. Overall, these findings support the hypothesis that bitter taste receptors sense changes in the gut microbacteria by detecting bacterial-derived molecules and their activation releases gut hormones that regulate intestinal homeostasis. Studies on the enteric nervous system have focused on the identification of enteric neuronal circuits and their targets and the mechanisms that govern GPCR- mediated responses with an emphasis on the µ opioid receptors, the primary targets of opioids clinically used for pain control and which mediate opioid bowel dysfunction, a debilitating condition that develops with chronic opioid use characterized by severe, often unbearable constipation and abdominal pain, the treatment of which remains a major challenge. Highlights include the finding that different opioids activate distinct downstream signaling pathways, that cellular adaptations following prolonged receptor activation depend on the ligand efficiency to induce internalization, and that trafficking and signaling differ in enteric neurons of the small and large intestine. These findings are of importance for understanding the mechanisms underlying intracellular adaptations induced by chronic use of opioids and set the stage for the development of effective analgesics devoid of gastrointestinal side effects. Additional studies showed that activation of peripheral µ opioid receptors ameliorates acute intestinal inflammation through a mechanism involving stimulation of antiapoptotic factors and suppression of inflammatory cytokines resulting in reduction of immune cell infiltration and tissue damage, shading light on targets of intestinal inflammatory injury. More recent studies have focused on the changes in opioid and cannabinoid system in the gut immune system in patients with irritable bowel syndrome.