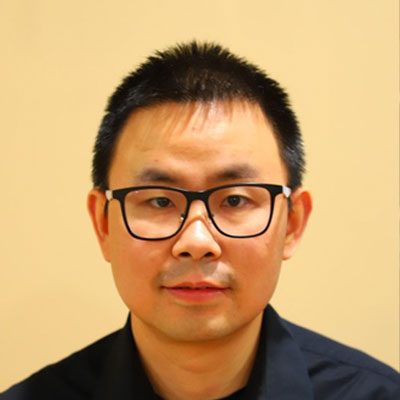 Peng lab focuses on the molecular and cellular mechanisms of alpha-synuclein and tau related neurodegenerative diseases including but not limited to Parkinson’s disease, Alzheimer’s disease and multiple system atrophy. We develop cutting edge disease models and applies powerful genetic, multi-omics, structural and high through-put screen methods to investigate a wide range of topics related to the development and progression of this group of diseases. We are particularly interested in the transmission and conformational diversity of pathological proteins in the central nervous system and the role of neuron-glial interactions in this process.

1. Transmission mechanism of pathological protein in the central nervous system

Accumulating evidence supports the inter-cellular transmission and subsequent amplification of pathological proteins in the central nervous system as a key process for the progression of various neurodegenerative disease. We are interested in exploring the molecular mechanisms that modulate this transmission process, which could be exciting new drug targets for these diseases.

Clinical and pathological diversity is a shared feature of various neurodegenerative diseases. Part of this diversity could result from the conformational diversity of pathological proteins underlying the diseases. For example, pathological alpha-synuclein in multiple system atrophy patients are a thousand fold more potent to induce alpha-synuclein pathology in various animal and cell model than those from Lewy body disease patients, which is consistent with the highly aggressive nature of multiple system atrophy. We would like to explore the conformational diversity of pathological proteins in diseased brains.

3. Interaction between neurons and glial cells

Dr. Peng obtained a B.S. degree with honor in life science from Wuhan University and obtained his Ph.D. degree in developmental biology from Fudan University. As a Ph.D. candidate, he developed new genetic tools to perform somatic mutation screens in mice and also explored role of late endocytosis system on neuron survival, migration and dendrite development. Then, Dr. Peng joined Virginia Lee’s lab as postdoc and expanded his research from basic neuroscience to neurodegenerative disease. In Virginia Lee’s lab, Dr. Peng’s research concentrating on understanding the molecular mechanisms for the development and diversity of alpha-synuclein related neurodegenerative diseases including Parkinson’s Disease with the ultimate goal to develop new diagnostic methods and therapies for these diseases. In 2020, Dr. Peng joint UCLA as an assistant professor and continue to focus his research on alpha-synucleinopathies and tauopathies with an emphasize on the transmission and conformational diversity of pathological proteins in the central nervous system.