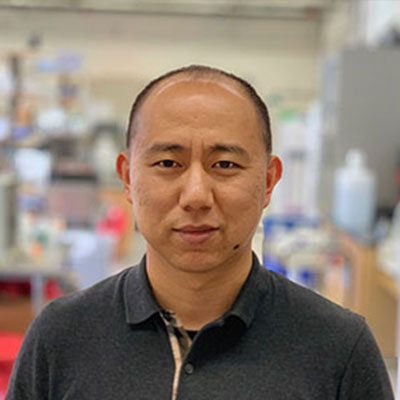 We are interested in studying how gene regulatory mechanisms contribute to human diseases including neurodevelopmental disorders. Many genome-wide association studies (GWAS) of diseases have identified the enrichment of non-coding risk variants in regulatory elements such as enhancers, highlighting the contribution of regulatory mechanisms to complex traits. In addition, epigenetic variants, such as cytosine methylation (5mC), have been reported to associate with diseases and can be driven by genetic, environmental or stochastic factors. We are developing and applying new genomic and genetic technologies to address long-standing questions in human diseases including the causal cell type(s) of diseases and the functions of non-coding genetic variants. Two major areas of research in my group are described below.

Dr. Chongyuan Luo received his B.Sc. degree in Biology (Honors Program in Life Sciences) from China Agricultural University, in 2006. Dr. Luo received his Ph.D. degree in Plant Biology from Rutgers University in 2012. During his Ph.D. study, he studied histone modifications of the model plant species Arabidopsis thaliana using high-throughput sequencing approaches. After completing his postdoctoral training in Joe Ecker’s lab at the Salk Institute for Biological Studies, Dr. Luo joined the Department of Human Genetics at UCLA as an Assistant Professor in 2019.