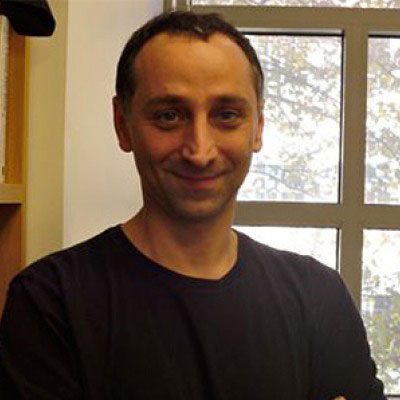 NEURAL BASIS OF TEMPORAL PROCESSING Sensory stimuli, such as speech, are rich in temporal information on the time scale of tens to hundreds of milliseconds. The primary goal of my laboratory is to understand the neural basis of temporal information processing. Specifically, how do neurons develop selective responses to temporal characteristics such as the order, duration and intervals of different stimulus features? To answer this question the main approaches in my laboratory involve: (1) studying how cortical neural networks respond to temporal stimuli; (2) the characterization of time-dependent neuronal properties, and (3) studying short- and long-term synaptic plasticity. In parallel with these studies my laboratory also relies on computer simulations of artificial neural networks, and behavioral experiments aimed at characterizing temporal processing. Together these different approaches will be used to attempt to generate a theory of how the nervous system recognizes and categorizes complex sensory stimuli. NEURAL BASIS OF LEARNING AND MEMORY What happens in the brain when we learn a new name? It is thought that one way the brain stores information is by changing the strength of the connections between neurons, that is, of the synapses. How do synapses know when they should increase or decrease their strength? What are the mechanisms underlying the changes in synaptic strength? One goal of my laboratory is to understand the ‘learning rules’ that govern synaptic strength and presumably underlie learning and memory. Towards this goal my laboratory uses electrophysiological techniques in brain slices and computational models of neural networks.

NEURAL DYNAMICS: THE NEURAL BASIS OF LEARNING AND MEMORY AND TEMPORAL PROCESSING Behavior and cognition are not the product of isolated neurons, but rather emerge from the dynamics of interconnected neurons embedded in complex recurrent networks. Significant progress has been made towards understanding cellular and synaptic properties in isolation, as well as in establishing which areas of the brain are active during specific tasks. However, elucidating how the activity of hundreds of thousands of neurons within local cortical circuits underlie computations remains an elusive and fundamental goal in neuroscience. The primary goal of my laboratory is to understand how functional computations emerge from networks of neurons. One computation we are particularly interested in is how the brain tells time. Temporal processing refers to your ability to distinguish the interval and duration of sensory stimuli, and is a fundamental component of speech and music perception. To answer these questions the main approaches in my laboratory involve: (1) In Vitro Electrophysiology: Using acute and chronic brain slices we study the spatio-temporal dynamics of cortical circuits, as well as the learning rules that allow networks to develop, organize and perform computations ??? that is, to learn. (2) Computer Simulations: Computer models are used to simulate how networks perform computations, as well as test and generate predictions in parallel with our experimental research. (3) Human Psychophysics: We also use human pyschophysical experiments to characterize learning and generalization of temporal tasks, such as interval discrimination.