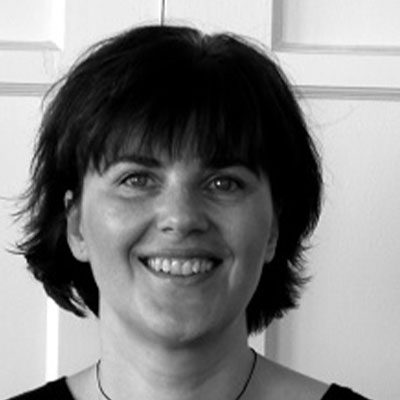 Dr. Schaue current research focuses on tumor-specific immune responses following radiation therapy and the idea that radiation can be an immune adjuvant. It is based on previous work on a mouse model showing that irradiation of dendritic cells can drive antigen-cross presentation. She was also able to show that some patients with colorectal and prostate cancer increase their level of circulating tumor-specific T cells when treated with radiotherapy. This can be accompanied by a simultaneous rise in T regulatory (suppressor) cells perhaps indicating why the immune systems fails to execute an active anti-tumor response despite the recognition of tumor. Radiation appears to be able to shape the immune balance because of differences in intrinsic radiation sensitivity of T cells subsets, and by causing tumor and normal tissue damage and the release of danger signals. The importance of T regulatory cells and the adenosinergic pathway in radiation tissue damage is also part of an ongoing research effort to differentially modulate tissue and tumor responses following radiation exposure.

Dr. Schaue received her Ph.D. at St Bartholomew’s and the Royal London School of Medicine, Queen Mary College, University of London, United Kingdom in 2004. She was trained in several premier radiation research institutions in the United Kingdom and Germany, including the Gray Lab in London and the Paterson Institute in Manchester. As a PhD student, she was given the opportunity to work on radiation responses in inflammatory cells and, as a result, she developed an interest in the immunological aspects of radiation treatment. The prospect of being able to build on this knowledge in the Department of Radiation Oncology attracted her to UCLA, where she worked as a postdoctoral fellow from 2004 until 2009 under the supervision of Dr. McBride. In 2009 she was designated assistant researcher biologist at the UCLA Department of Radiation Oncology.