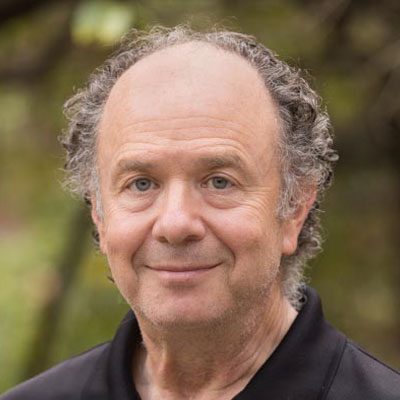 Presently there is little known about how the structure of the actin cytoskeleton is regulated during the development of an animal. Our current goal is to determine how the actin cytoskeleton is regulated during eye morphogenesis. We have been studying the twinstar (tsr) gene, which encodes the Drosophila homologue of cofilin, a protein required for reorganizing the actin cytoskeleton. We have shown that tsr is required for cell motility during ovary development. We have also determined that tsr is required during morphogenesis of the retina by using a genetic technique called repressor sensitive (RS) mutation. With a tsr RS mutation, we can specifically repress the expression of tsr during late stages of eye development, allowing us to study the role of tsr at this stage without concern for tsr’s affects in other tissues. We find that tsr is required for the proper development of the rhabdomere and also for retinal elongation. We are continuing the analysis of the role of tsr and other actin cytoskeleton regulatory genes during eye morphogenesis. We believe our results will significantly add to the knowledge of how the actin cytoskeleton is regulated during development. Our second project is to understand the biology of Drosophila germline stem cells (GSCs). What are the signals for stem cell division? What genes are involved in the production and reception of these signals? What genes are required for maintaining the stem cell fate and how do these genes function? Our approach is the study of four genes required for GSC maintenance and development. This project was initiated with our isolation of BC69, a female sterile line with a tumorous ovary phenotype that is caused by two independent events: a P element insertion into the vasa (vas) locus and a weak mutant allele of the RNA binding protein 9 (Rbp9). Interestingly, both vas and Rbp9 strongly interact with mei-P26, a gene that also has a tumorous ovary phenotype, suggesting that these genes are part of a pathway required for the regulation of GSCs and cystoblasts. In addition we recently isolated a mutation in a gene called mule that is required for germline maintenance and/or early developmental events in both the ovary and testes. Determining how these genes function at these earliest stages of oogenesis is our immediate goal.

Research Interest: Ovary Development and the Role of Bric à Brac Drosophila oogenesis, the development of the egg, is one of the most intensely studied developmental systems. In contrast, there is little known about the development of the ovary itself. The reason for this has been the lack of cellular markers and genetic mutants. During the past four years we have begun to characterize ovary development using a genetic approach. Our work shows that the ovary will be an excellent system for determining how cells interact with each other during the development of an organ. The Drosophila ovary consists of repeated units, the ovarioles, where oogenesis takes place. The repetitive structure of the ovary develops de novo from a mesenchymal cell mass, a process which is initiated by the formation of a two-dimensional array of cell stacks, called terminal filaments, during the third larval instar. We have studied the development of the terminal filaments and their regular spatial arrangement, as well as the formation of the structurally related basal and interfollicular stalks. We find that they develop through recruitment and cell intercalation of mesenchymal cells, a process resembling the formation of the notochord by convergence and extension in a chordate embryo. Furthermore, we have found that the pattern forming process through which multiple terminal filaments arise from a common cell population requires cell sorting. We believe that a differential distribution of adhesion molecules on the surface of the terminal filament cells is involved in this sorting process. We also find that the Drosophila gene bric à brac (bab) is cell autonomously required for the formation of terminal filaments and is crucial for normal morphogenesis of the ovary. bric à brac has also been shown to be required for proper segmentation and specification in leg primordia, and encodes a nuclear protein which contains a BTB domain, a conserved domain that is found in several transcriptional regulators as well as other proteins. Disruption of terminal filament formation leads to a disruption of ovariole formation and female sterility in bric à brac mutants. We are now in the process of isolating and characterizing new genes that are involved in ovary and limb development.