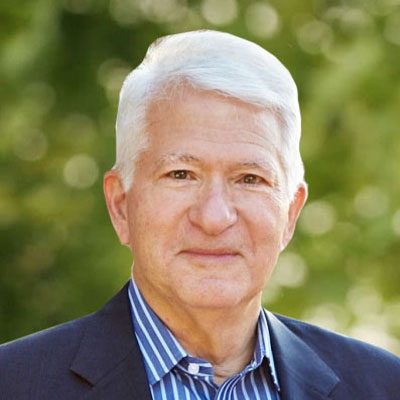 As UCLA’s chief executive officer, Gene Block oversees all aspects of the campus’ three-part mission of education, research and service. A champion of public universities, Chancellor Block serves on several leading national associations and advisory boards, including as chairman of the board of the Association of Public Land-grant Universities, the nation’s oldest higher education association. He has called for UCLA to deepen its engagement with Los Angeles, a city that offers a microcosm of the global community, and to increase access for students from underrepresented populations. An advocate of interdisciplinary scholarship, he emphasizes broad-based, campus-wide planning. Chancellor Block holds UCLA faculty appointments in psychiatry and biobehavioral sciences in the David Geffen School of Medicine and in physiological science in the College of Letters and Science. A fellow of the American Association for the Advancement of Science and a member of the American Academy of Arts and Sciences, he specializes in circadian biology, which deals with the functioning of 24-hour rhythms in higher organisms (See Academic Interests). Dr. Block became chancellor of UCLA on August 1, 2007. Previously, he served as vice president and provost of the University of Virginia, where he held the Alumni Council Thomas Jefferson Professorship in Biology and directed the National Science Foundation’s Science and Technology Center for Biological Timing. He also headed an NIH graduate training program aimed at increasing the number of scientists from underrepresented groups. Chancellor Block joined the faculty of the University of Virginia in 1978. He served as vice provost for research from 1993 to 1998 and then as vice president for research and public service until his appointment as vice president and provost in 2001. In 1998, he received the Commonwealth of Virginia’s Outstanding Public Service Award for his work with Virginia’s business community. A native of Monticello, New York, Chancellor Block holds a bachelor’s degree in psychology from Stanford University and a master’s and Ph.D. in psychology from the University of Oregon. He completed a postdoctoral fellowship at Stanford, studying with Colin Pittendrigh, the father of biological timing, and Donald Kennedy, who later served as president of Stanford. The inventor of a number of devices, Chancellor Block holds a patent for a non-contact respiratory monitor for the prevention of Sudden Infant Death Syndrome, and he is an avid collector of vacuum-tube radios. Chancellor Block and his wife, Carol, have two children.