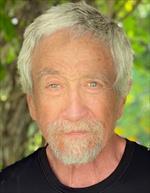 All meaningful actions of the brain result from the orchestrated activity of many neurons. A central problem confronting neuroscientists is to understand how molecular, synaptic, and cellular properties of individual neurons in densely interconnected networks result in behaviors ranging from hitting a baseball, playing the piano, reading or writing a book, taking an exam, regulating blood pressure or reproduction, or doing research. We have developed a model system that enables us to perform unique studies that directly address this problem. We investigate the neural basis for respiration in the isolated neonate rat brainstem, a preparation that offers simultaneous access to cellular, synaptic and network properties. In this preparation, the circuitry mediating respiration has been localized in a discrete region of brainstem, which can be isolated in a 300 m m thick slice. Using the slice, sophisticated techniques are used to characterize the cellular and synaptic properties of neurons involved in respiration, while at the same time characterizing their interactions at the network level, and recording motor output. Exploiting this preparation, we intend to understand how homeostatically regulated breathing movements occur, and in course, principles of integrative organization in the nervous system. We use whole-cell patch-clamp recording techniques to determine cellular and synaptic properties, including the pharmacology of identified synaptic interactions. We are presently testing our hypothesis that pacemaker neurons underlie the generation of respiratory rhythm. We have several projects looking at general mechanisms underlying the control of neuronal excitability (in functionally identified cells). In particular, we are interested in the interaction among amino acid, amine and peptide neurotransmitters. We have initiated a major program in molecular neurobiology to determine the interesting and unique molecules associated with identified cells in this network; presently, we are developing RT-PCR and mRNA differential display for this purpose. We are also interested in modeling, for which we have excellent computer facilities.

Professor Feldman revolutionized our understanding the neural control of breathing. He is renowned for: i) his groundbreaking discovery (and naming) of the preBötzinger Complex, demonstrating its essential role in generating respiratory rhythm in fetal, neonatal and adult mammals. This discovery is the foundation for the current paradigm for generation of breathing pattern; the role of the preBötC is presented in textbooks and routinely taught to graduate and medical students. Feldman’s breakthrough was made possible by his labs development of a novel neonatal rodent in vitro slice preparation, still unique for studying meaningful behavior in a slice. (In the course of this work, Feldman’s laboratory developed an intact neonatal spinal cord preparation for study of locomotion that still continues as to be the basis for major advances in understanding locomotion). His laboratory identified the first protein marker for preBötC neurons, invaluable for novel experimentation, making breathing accessible to molecular manipulations and exploitation of engineered mice. Feldman rigorously tested in vitro discoveries with sophisticated and novel in vivo experiments. ii) discovery (and naming) of the retrotrapezoid nucleus (RTN) and the ultimately validated hypothesis of its essential role in central chemoreception. iii) The two oscillator hypothesis (now well accepted) of the preBötC as driving inspiratory motor output and the RTN/parafacial respiratory group as a second oscillator driving expiratory motor output. Feldman and colleagues have delineated a compact circuit between the preBötC and RTN that rhythmically generates sighs essential for maintenance of lung function and identified ascending preBötC neurons that modulate emotional state. Most recently, Feldman and colleagues have proposed a novel mechanism underlying generation of breathing rhythm. The considerable influence of Feldman’s ideas is evident in numerous highly cited review, textbook chapters, online lectures and podcasts that also communicate the state of the art to neuroscientists and physiologists as well as to those outside academia. Among his awards is the prestigious Hodgkin, Huxley, Katz Prize of THE PHYSIOLOGICAL SOCIETY.