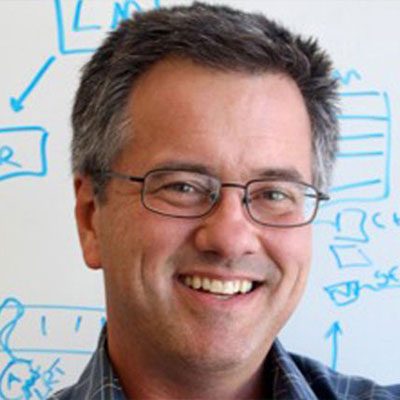 Our laboratory studies molecular mechanisms of bacterial pathogenesis and the evolution of functional diversity in bacteria and bacteriophage. Multidisciplinary approaches are applied to a variety of interests including: i) biochemical and genetic studies of signal transduction networks that regulate the infectious cycles of Bordetella pertussis, which causes whooping cough, and Burkholderia pseudomallei, which causes life threatening systemic diseases, ii) alterations in host cell signaling pathways by Bordetella and Burkholderia, iv) biofilm formation and the hyper-colonization phenotype of Staphylococcus epidermiditis, and v) microevolutionary adaptation by diversity-generating retroelements, which function to introduce vast amounts of diversity in bacterial target proteins. Our research group includes graduate students, postdoctoral fellows and physician-scientists with expertise in computational biology and modeling, bacterial genomics, bacterial physiology, cell biology, neonatology, and infectious diseases. Numerous former trainees hold tenured or tenure-track academic positions at research universities. Since joining UCLA in 1990, we have received continuous funding from the NIH, as well as support from the American Cancer Society, the US Department of Agriculture, the Pew Foundation, and the Defense Threat Reduction Agency of the Department of Defense.

Jeff F. Miller, Ph.D., studies molecular mechanisms of bacterial pathogenesis and the evolution of functional diversity in bacteria and phage. He received his bachelors degree in Chemistry from Case Western Reserve University and his Ph.D. in Molecular Biology from Tufts Univ. School of Medicine. After postdoctoral training with Dr. Stanley Falkow at Stanford, he joined the faculty at UCLA in 1990. From 2002-2014 he held the M. Philip Davis Chair in Microbiology and Immunology and served as Chairman of the Department of Microbiology, Immunology and Molecular Genetics. In November, 2014, he was appointed as the Fred Kavli Endowed Chair in NanoSystems Sciences and Director of the California NanoSystems Institute at UCLA. In 2004, Dr. Miller co-founded AvidBiotics Corp., a biotherapeutics company in South San Francisco. In 2009 he was appointed by the Secretary of Health and Human Services to serve on the National Science Advisory Board for Biosecurity and he is a voting member of the Board. From 2008-2010 he was Chair of the General Meeting of the American Society for Microbiology (ASM), and from 2012-2014 he served as President of ASM, which represents 40,000 members in the US and abroad. Dr. Miller is a former Pew Scholar in the Biomedical Sciences, a member of the American Academy of Microbiology, a fellow of the American Association for the Advancement of Science, and in April, 2015 he was elected to membership in the National Academy of Sciences.