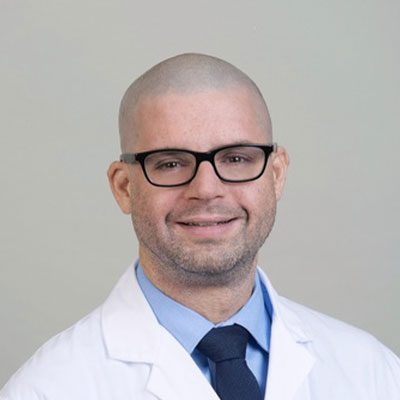 Our research program focuses on the molecular regulation of stem cell progenitors. The major areas of investigation are:

As one of the first somatic stem cells isolated, HSC transplantation has become a therapeutic intervention for many pediatric diseases, including leukemias. A major challenge has been isolating HSC and expanding them in culture due to the requirement of signals from a niche for their maintenance. Limitations in our understanding of the molecular basis of these niche-stem cell interactions have constrained our ability to expand these cells ex vivo and reduce the need for bone marrow donation.

We have previously described the presence of a hematopoietic niche within the Drosophila larva. Our goal is to define the niche-derived signals required for maintenance of stemness versus cell differentiation in a population of blood stem-like precursors as a framework for understanding the biology of vertebrate hematopoietic stem cell niche function. In particular we focus on how a stem cell niche is established and its identity maintained. Through in vivo genetic screens and in vitro assays of cultured blood cell precursors, we seek to identify novel pathways which regulate the formation of niche cells and which maintain their identity as signaling cells required for the maintenance of hematopoietic progenitors in the Drosophila lymph gland.

In addition, we utilize lineage tracing and label retention techniques to identify novel stem cell niches in which to model human disease.

We seek to understand the process of tissue regeneration as a model for the reprogramming of adult tissues. We hypothesize that by reactivating developmental programs characteristic of tissue-specific stem-like progenitors, through epigenetic and transcriptional manipulations, we can promote regeneration and tissue repair.

We are interested in understanding the common signal transduction pathways across cancer predisposition genetic syndromes and their associated malignancies: neuroblastoma, sarcomas, and myeloproliferative disorders. To this end we utilize several approaches:

1. We use Drosophila melanogaster as a model organism in which to model the cellular and genetic mechanisms that lead to oncogenesis and the role of stem cell niches in cancer predisposition.

3. We utilize whole genome sequencing approaches to identify genes that cause overgrowth as well as macrocephaly-autism syndromes.

Julian A. Martinez-Agosto is a medical geneticist and developmental biologist who has served on the UCLA School of Medicine faculty since he joined the Department of Human Genetics in 2007. Dr. Martinez earned his B.S. in Biology and Spanish Literature at Yale University and pursued his medical training at Yale School of Medicine. He went on to train as a Pediatrician at Mattel Children’s Hospital UCLA. Dr. Martinez-Agosto was Chief Resident of the UCLA Intercampus Medical Genetics Program, where he trained as and currently is a board certified Medical Geneticist. He was a postdoctoral fellow in the laboratory of Utpal Banerjee at UCLA, where he worked on blood cell development in Drosophila. Dr. Martinez is a recipient of the Pediatric Department Outstanding Research Award, as well as the David W. Smith Pediatric Trainee Research Award of the Western Society for Pediatric Research, among other honors. Dr. Martinez-Agosto is a member of the Division of Medical Genetics, where he has maintained a clinical interest in genetic syndromes that lead to overgrowth, vascular malformations, and cancer predisposition. His laboratory research focuses on novel growth regulatory pathways in progenitor and stem cell maintenance and the study of human growth disorders with cancer predisposition.