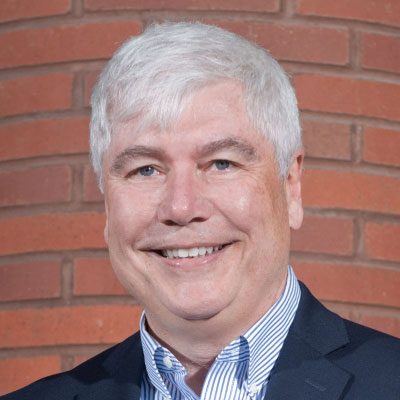 One of the central themes to emerge in molecular biology over the last decade is that specific gene expression patterns are controlled by massive molecular machines termed transcription complexes. These complexes assemble over the regulatory region of a gene and control the specificity and activity of transcription. The complexes contain activators, co-activators and general transcription factors. Activators bind cooperatively to promoters and enhancers to assemble into nucleoprotein complexes called enhanceosomes. The enhanceosome recruits co-activators that then interact with general factors such as RNA polymerase, which carry out the catalytic process of transcription initiation and elongation. We are particlarly interested in a co-activator complex termed Mediator and how it functions in an in vitro system on chromatin templates. We have identified interactions between mediator and chromatin remodeling factors and between mediator and general transcription factors. We believe the mediator controls the transition from chromatin remodeling to transcription complex assembly. Our approach is to use purified proteins, biochemical methods and genome wide approaches involving Next Generation Sequencing to study various aspects of the mechanism of enhanceosome assembly, co-activator recruitment and chromatin remodeling. Our system is based on derivatives of the yeast transcriptional activator GAL4 (i.e., GAL4-VP16). GAL4 is a model system where the activators and templates were constructed to experimentally manipulate various parameters important for activated transcription.

Dr. Carey studies biochemical and genomic mechanisms of gene activation and silencing. In 1990, Dr. Carey established biochemical systems for studying gene regulation based on a model transcriptional activator termed GAL4-VP16. Using that system, Dr. Carey established a mechanism by which genes are controlled synergistically by upstream activators. Synergy is a key principle in gene regulation and underlies the combinatorial control of gene transcription. Throughout the 1990s, Dr. Carey’s lab showed that synergy is first manifested during assembly of transcription preinitiation complexes (PICs). His lab identified assembly of a co-activator complex, termed DAMed, as the key step influenced by activators. Dr. Carey has been studying the biochemistry of transcription on chromatin templates including how Pol II traverses a nucleosome, how a protein termed p300 coordinates chromatin modification with assembly of the DAMed complex and then the PIC, and how two silencing proteins termed HP1 and PRC1 silence transcription by selectively affecting key components of the DAMed complex. Dr. Carey’s recent work has focused on genomics including how enhancers interact with promoters and their localization within the 3D genome. Dr. Carey served as Director of the Jonsson Comprehensive Cancer Center Gene Regulation Program from 1999-2005 and 2011-present. Dr. Carey initiated the Cold Spring Harbor Eukaryotic Gene Expression Course with his UCLA colleague, Dr. Steven Smale, and served as course director in 1997. Drs. Carey and Smale wrote a 650-page textbook titled “Transcriptional Regulation in Eukaryotes; Concepts, Strategies and Techniques.” The first edition was published by CSHL Press in 2000 and the second edition was published in 2009. Dr. Carey was a scientific cofounder of Agensys, a biotechnology company focused on prostate cancer therapy. Dr. Carey is on numerous committees at UCLA that oversee undergraduate and graduate research education.