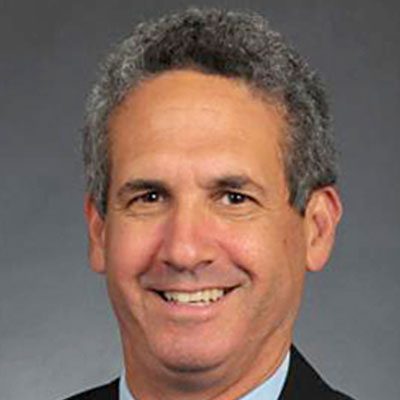 My laboratory studies two overlapping areas with emerging roles in cancer of the immune system. We initially compared gene expression profiles from B cell tumors that arose in immune deficient versus immune competent settings. This approach resulted in the isolation of a large number of differentially expressed genes. We have characterized these isolates and focused on members of the TCL1 gene family, which act like rheostats to control the strength of transduced environmental signals and to regulate gene expression. We have determined that TCL1 promotes cell survival and proliferation by modulating the Akt signaling pathway and probably by interacting with a mRNA degrading enzyme. During normal lymphocyte differentiation, TCL1 is down regulated and shut off; however, in many lymphoid cancers, TCL1 levels remain aberrantly high suggesting a tumorigenic role. We have generated TCL1 transgenic mice that develop lymphoma, establishing this principle. Further characterization indicates that these transgenic mice are the first to accurately model the vast majority of B cell cancers that arise in humans, which has been a major goal in hematology/oncology research for years. Current lab studies include understanding how TCL1 dysregulation contributes to tumor formation through the regulation of Akt and mRNA stability and comparative investigations of additional TCL1 family member proteins. A failure to properly execute developmental gene expression programs can be due to many causes and also leads to cancer. In studies linked to TCL1 gene regulation, we have discovered a novel type of DNA methylation that has a role in altering chromatin structure and gene expression. Methylation of the internal cytosine in CCWGG motifs (W = A or T) causes the silencing of critical genes, such as the p53 tumor suppressor. Current lab studies include broadening studies of epigenetic regulation and its significance in lymphocyte development and neoplasia. Go to our lab webpage at http://www.Teitell-Lab.com for more information.

Michael Teitell is an immunologist and cancer biologist who has been on the UCLA School of Medicine faculty since joining the Departments of Pathology/Laboratory Medicine and Pediatrics in 1999. He has been Chief of the Division of Pediatric and Neonatal Pathology since 2001 and was promoted to Associate Professor of Pathology and Pediatrics in 2004. Dr. Teitell earned B.S. and M.S. combined degrees as a Departmental Scholar in Biochemistry from UCLA in 1985, and earned combined M.D. and Ph.D. degrees from the UCLA Medical Scientist Training Program in 1993. His Ph.D. studies were in molecular and cellular immunology. He performed residencies in Anatomic Pathology at Harvard/Brigham and Women’s Hospital and Clinical Pathology at UCSF and a fellowship in Pediatric Pathology at Children’s Hospital Los Angeles. He is board-certified in each of these pathology specialties. He was a postdoctoral fellow at UCLA, Harvard/BWH and UCSF before returning to UCLA as a Clinical Instructor in Pathology in 1999. Currently, Dr. Teitell is a Professor in the Departments of Pathology & Laboratory Medicine, Pediatrics, and Bioengineering at the University of California, Los Angeles. He is the Chief of the Division of Pediatric and Neonatal Pathology, Director of the Cancer Nanotechnology Program in the Jonsson Comprehensive Cancer Center, Director of the NIH Tumor Immunology Training Program, Co-Director of the Broad Stem Cell Research Center Bioengineering Core, a member of the California NanoSystems Institute (CNSI) Executive Steering Committee, and a member of the Medical Scientist Training Program (MSTP) Executive Committee. Dr. Teitell was elected to the American Society of Clinical Investigators and was a Leukemia and Lymphoma Society Scholar and a Stohlman Scholar. His research lab studies the function of human pluripotent stem cells through the collaborative generation of novel investigative nanotools, including a photothermal nanoblade and a live cell interferometer. Recent studies of embryonic stem cell mitochondrial metabolism have shown parallel changes with cancer cells, suggesting a common mechanism for energy generation and a potential new therapeutic angle. His lab was the first to generate a genetic small animal model for the major types of immune system malignancies that occur in humans that is used by laboratories worldwide. He also collaboratively developed new nanoscale methods for quantifying cell responses to environmental perturbations, both internal and external, in real-time as a new approach for quantifying cellular behavior and responses one cell at a time within a population.