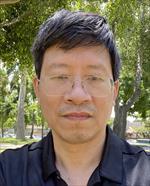 Dr. Yang’s laboratory is interested in antiviral cellular immunity in HIV-infected individuals. The goals of this research are: to understand how the immune system keeps HIV-1 under control during asymptomatic infection, why this immunity eventually fails, and how the virus has developed mechanisms to avoid cellular immunity. These principles address important questions in understanding the immunopathogenesis of HIV-1, and have implications in immune therapies and vaccine development. In particular, Dr. Yang has studied the mechanisms of HIV suppression by HIV-specific CD8+ cytotoxic T lymphocytes (CTL), which kill infected cells by recognizing viral peptides. His laboratory has demonstrated that CTL are potent killers of virus-infected cells and suppress HIV-1 replication through both killing and release of antiviral cytokines. Ongoing research is focused on the factors that influence the efficiency of the CTL. Further work in the laboratory is focused on the mechanisms contributing to immune failure to contain HIV-1. The virus has genes that interfere with immune recognition, and is able to mutate to become resistant to CTL, much in the same manner as against antiretroviral drugs. Using a system of cloned HIV-1-specific CTL and infected cells, these interactions are being studied by using these cells and genetic engineering of HIV-1 to alter specific functions of genes believed to affect the immune system. Other active projects in the laboratory include studies of: whether the route of vaccination (deltoid versus inguinal) differentially affects immunity in the mucosal compartment, long term immunologic sequelae of perinatal HIV-1 infection, strategies to address the “aging” and loss of CTL function due to chronic turnover in HIV-1 infection, characterization of immune responses in long term nonprogressors, antiviral activities of peptides produced by the innate immune system. In addition to these research interests, Dr. Yang is also a clinician who maintains an active clinical role in the Division of Infectious Diseases.

Otto Yang has been on faculty since 1999, and received his associate professorship in 2004 and full professorship in 2009. He is a physician-scientist with a background in clinical infectious diseases, and his laboratory specializes in T cell immunology in HIV infection. He received his bachelor and MD degrees from Brown University, with subsequent residency training at NYU-Bellevue Hospital, and subspecialty/postdoctoral training at Harvard-Massachusetts General Hospital. His research emphasizes basic science with clinical implications, and he has a joint appointment in the Department of Microbiology, Immunology, and Molecular Genetics, and Department of Medicine. His current research interests include: mechanisms of HIV escape from T cells through mutation and through MHC downregulation, determinants of T cell antiviral function, HIV vaccine strategies, small molecule inhibitors of the HIV Nef protein, studies of long term nonprogressing HIV patients, generation of T cell receptors for gene therapy.