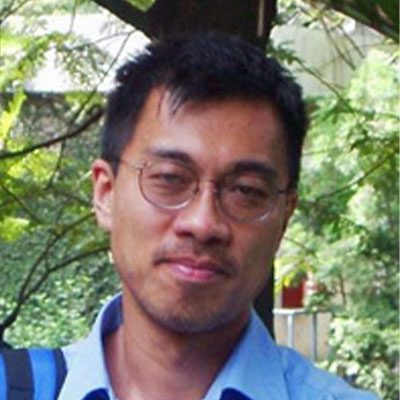 Thomas Chou is a theoretical physicist and applied mathematician specializing in the mathematical modeling of microscopic and cellular level biology. A particular area of interest is the development of stochastic models of genetic regulation, chemical reactions, and population biology. Other areas of interest include statistical mechanics of macromolecules, ligand-receptor binding, electrostatic interactions, and heat transfer. He also has interests in low Reynolds number fluid mechanics and inverse problems. Dr. Chou joined the Dept. of Biomathematics at UCLA in 2000, and is active participating in, and organizing programs at the Institute for Pure and Applied Mathematics (IPAM). Prior to UCLA, Dr. Chou was an instructor in the Mathematics Dept. at Stanford (1998-1999), a research associate in the Department of Applied Mathematics and Theoretical Physics at the University of Cambridge, UK (1996-1998), and in the Dept. of Physics at Cornell (1995-1996). He received an S.B. in physical chemistry from MIT in 1989, and his Ph.D. in theoretical condensed matter physics from Harvard in 1995.