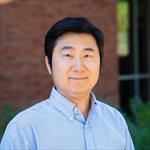 Social behaviors are exhibited by a wide range of animal species and are of ubiquitous adaptive value; many social behaviors, such as aggression, pair bonding, and mating, are essential for the health, survival, and reproduction of animals. The control of social behavior is of vital importance in social species such as humans; impairment in social function is a prominent feature of several neuropsychiatric disorders, such as autism and schizophrenia. However, despite its importance, many fundamental questions regarding the neural mechanisms underlying social behavior and its disorders still remain unanswered. One central question is how neural circuits, important computing units in the brain, process and integrate information for the decision and execution of specific social behaviors. To address this question, the Hong lab applies a multidisciplinary approach to investigating social behavior, using techniques including but not limited to:

We study these questions across molecular, circuit, and behavioral levels, by linking genes to circuits to behaviors. To do that, we take a multi-disciplinary approach and utilize a variety of experimental and computational technologies, including but not limited to optogenetics/chemogenetics, in vivo/vitro calcium imaging and electrophysiology, various genetic and molecular biology techniques, systems approaches such as next-generation sequencing and bioinformatics, and engineering and computational approaches such as machine learning and computer vision.